Part-Time Employees Discrimination? Not in Germany 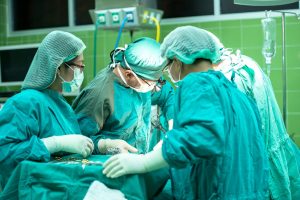 No discrimination against part-time employees & the TVöD-K Regulation

The case concerns a german nurse/caregiver suing against the clinic she has been working for severals years. as a part-time nurse with a weekly working time of 32 hours. She works alternating shifts and shifts according to a duty roster for the month. Due to the fact that both parties are bound by collective agreements, the provisions of an in-house collective agreement of 19 January 2017 apply, which in turn refers to the TVöD-K in the version applicable at that time for the remuneration of overtime and extra work.

Do you have questions on the new TVöD-K Regulation and you don’t speak German? Not a problem. Contact us and book a first consultation. Our legal team is NOW also offering video conferences and online consultations.

Renting a flat by your employer: take or toss?

We have all heard of/or lived such a situation once in our lifetime, in person of through friends or family members. There is going to be a big change in your work life and your Read more…

Going home from work is not automatically covered by life insurance Federal Social Court of Kassel (Case B 2 U 9/19 R) Sometimes life does not go as planned. The case we are reviewing with Read more…